According to extensive journalistic research i have done on the internet, many reputable websites report that despite the economic recession, luxury selling stores post increased profits.  The most common explanation is the rich are not affected by the recession as much as the poor.  I have a different theory.

The 26th of December is the famous boxing day in North America.  I went to buy a pair of quality leather gloves in Holt Renfrew.  When i approached the store i was speechless to see the number of people who lined up waiting for the store to open.  Holt Renfrew is one of the most expensive chains in Canada selling brands such as Chanel, Dior, Prada and more.  They were offering up to 60% off on most of their merchandise, however even after the discount the prices at Holts are nowhere near affordable.  I also looked around to see who was lining up and most of the people did not look wealthy to me.  Wealthy people don't need to stand hours in line to get a discount.  Who were those people and why the luxurious Holts attracted their attention more than Future Shop or Best Buy?

Anyone who has ever studied psychology remembers the Maslow pyramid of human needs. It start at the bottom with physical comfort being the first and self actualisation being the last. The need for luxurious goods would be the combination of the second need from the bottom (aka safety) and esteem which is second from the top.  Luxurious goods are better quality than cheaper goods, therefore they serve longer and protect better.  Luxurious goods are also a part of the elite group, owing them is a major boost to personal self esteem, a pleasure and an expression of someones creativity.  Luxurious goods tend to have out of the ordinary design and more appealing style, therefore they express someones creativity.

My second argument why ordinary average income people covet luxury goods is mere pleasure. Everyone have been deprived by recession in some way and it does not have to be by a loss of income. At the very least more and more people go out less or cut on their grocery bills.  During recession businesses cut on working stuff and therefore people work harder, longer hours.  It takes more for human being's survival than food and shelter, for many as i have seen during the Boxing Day the retail therapy works like a charm.

During recession people have the tendency to stay at home more and therefore home decor surroundings begin to matter more than ever.  What can easily and inexpensively add tremendous style and luxe to your home?

Have you discovered the power of AVL wallpaper? Pictures are worth a thousand words.  Lets compare a few before and after photos using our state of the art visualizer.

Here is a dining room BEFORE 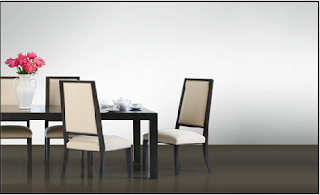 Here is the same dining room AFTER 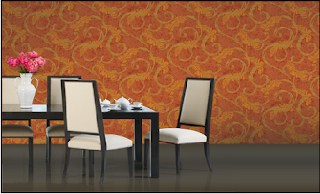 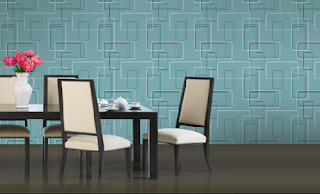 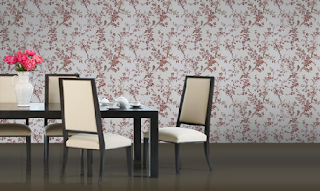 As you could see sometimes a little decorative touch is all that matters.  Whether it is a new lamp, a new carpet or a new wallpaper.  It can instantly add glamour to your home at a fraction of the cost.  Think my Holts leather gloves to make my whole outfit look expensive :-).  Your house might be looking for the same little touch of luxury.

As it is getting colder outside and we tend to stay at home more and more why not make your surroundings more pleasant?

Chin chin to the New Year with more luxury in our lives.
Posted by IT Generation at 16:04 5 comments:

It is almost Christmas and that means 2012 is just around the corner.  What is your new years resolution this year? One of mine is to invest more money in my home and less on clothes.  Fashion after all is everywhere, it surrounds us and affects our buying choices.  As one of my icons Coco Chanel said :  'Fashion is not something that exists in dresses only. Fashion is in the sky, in the street, fashion has to do with ideas, the way we live, what is happening.'

According to Margaret Morgan, Interior Design Examiner, who has interviewed the main players in the wallpaper industry today, there are 6 trends to watch out for in 2012.  They are : natural, textures, glam, simplicity, past, traditional with a twist.  Lets take a look at them more closely.

The first trend is Natural wallpaper.  Natural is everything that relates to nature : animals, forests, trees, flowers.


Here is my pick to represent the natural trend from our AVL designer program.  Leopard print is a very hot pick among main street fashionistas.  Here is how to incorporate the trend into your living room. 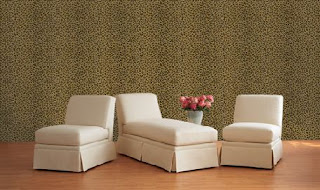 The next trend is Textures.  Textured wallpaper has been around for a few years now.  We just can't get enough of the real texture feel when we touch the material.  Below is my entrance hall pick from the AVL assortment. 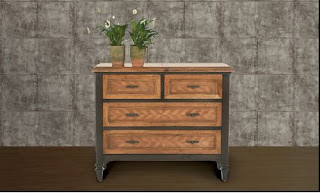 The next one in line is Glam, my favorite! Glam is all that glitters.  Here is a simplistic modern choice to represent the glam category. 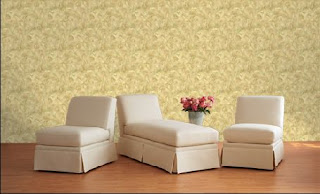 Simplicity in home decor still rules our universe.  This trend is the first pick for designers and the main street.  As we know it and love : abstracts, geometrical, plain color, simple cuts. 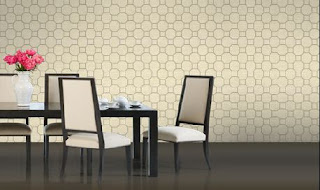 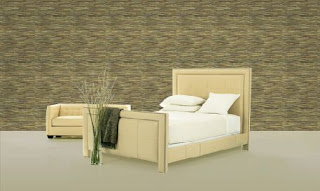 The last trend is Traditional with a twist.  Damasks, florals and stripes are the representatives of this trend.  However it is the twist that takes it out of the ordinary.  Below is the Traditional trend with a punch of vibrant color. 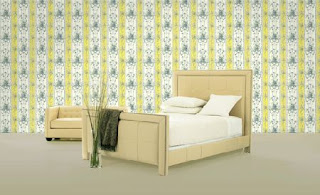 Below is my take on the Traditional with a twist. The stripes are traditional, the leopard is the twist. The look is unusual and goes well with the color of the chairs. 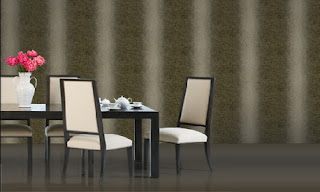 How to wallpaper decorate your room in 2012? The sky is the limit.  Imagination never goes out of style. After all as my favorite 21 century icon said : 'Fashion fades only style remains the same' (Coco Chanel).

For more styling ideas please visite our AVL website : http://www.avlwallpaper.com/
If you don't have an AVL account with us yet you are welcome to log in as a guest and experience our visualizer.  This interactive tool allows you to visualize a wallpaper of your choice in any room.

I'm dreaming of a white Christmas
Just like the ones I used to know
Where the treetops glisten,
and children listen
To hear sleigh bells in the snow ‘
(by Irvin Berlin , ‘White Christmas’)

No need to dream.  This morning I woke up to a porch full of snow and it means Christmas is coming!  This year I am going to make sure my place looks like a Christmas wonderland.  Well, not quiet, but as most of us I would love to brighten up the gloomy gray days with some Christmas magic.  Wouldn’t you?

How am I going to decorate this year?  A Christmas tree … yes a must have, miniature Santa Claus… well I will leave it for families with children’s, Christmas lights….. yes to the magic, a wallpaper ………… interesting thought.  Not traditional wallpaper, too much work to remove after Christmas. How about Snap?  Perfect!

Our Snap wall art comes in a variety of styles to suit any taste and home decor.  I am definitely going to use Snap to help creating a festive environment.  The best part about this innovative product is they are self-adhesive, repositionable and guaranteed removable.  So if you decide to remove them after Christmas, no problem.
Is there somebody on your list who just moved in and don’t quite know how to spice up their plain walls?  Snap could also serve as inexpensive but exciting gift.

Have a look at a few Christmas decorating ideas we created.  Lets spread the cheer ! 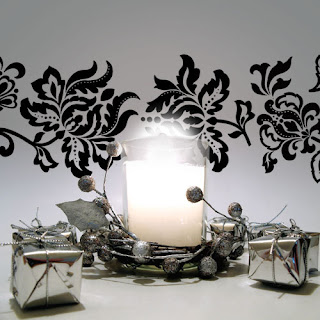 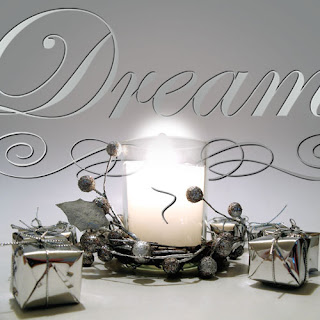 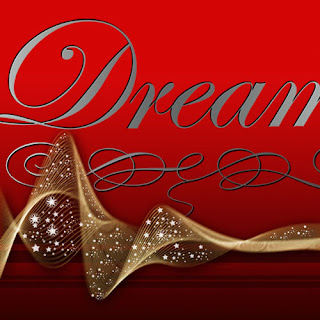 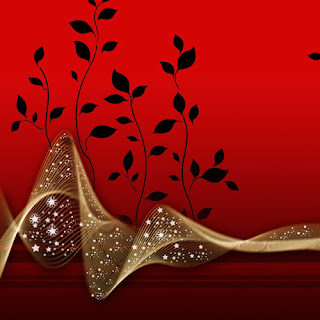 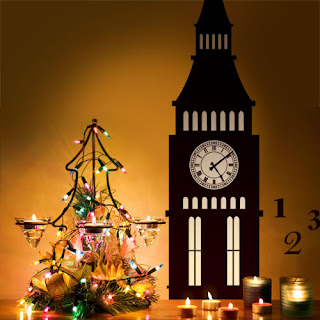 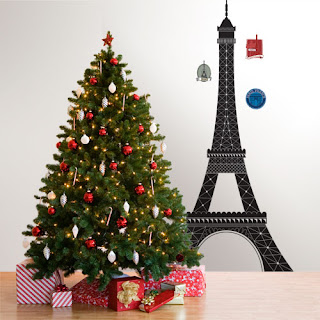 Posted by IT Generation at 14:24 No comments:

Promote Your Page Too